As it’s CH1 Chester Food and Drink week, when Jo, the Manager at Veeno on Northgate Street asked Emily and I to pop along and try their afternoon tea we thought well…it would be rude not to right?!

We don’t get out much as we’re both usually running around the city or sat at a computer, but we cleared our schedules and it was soooo worth it! 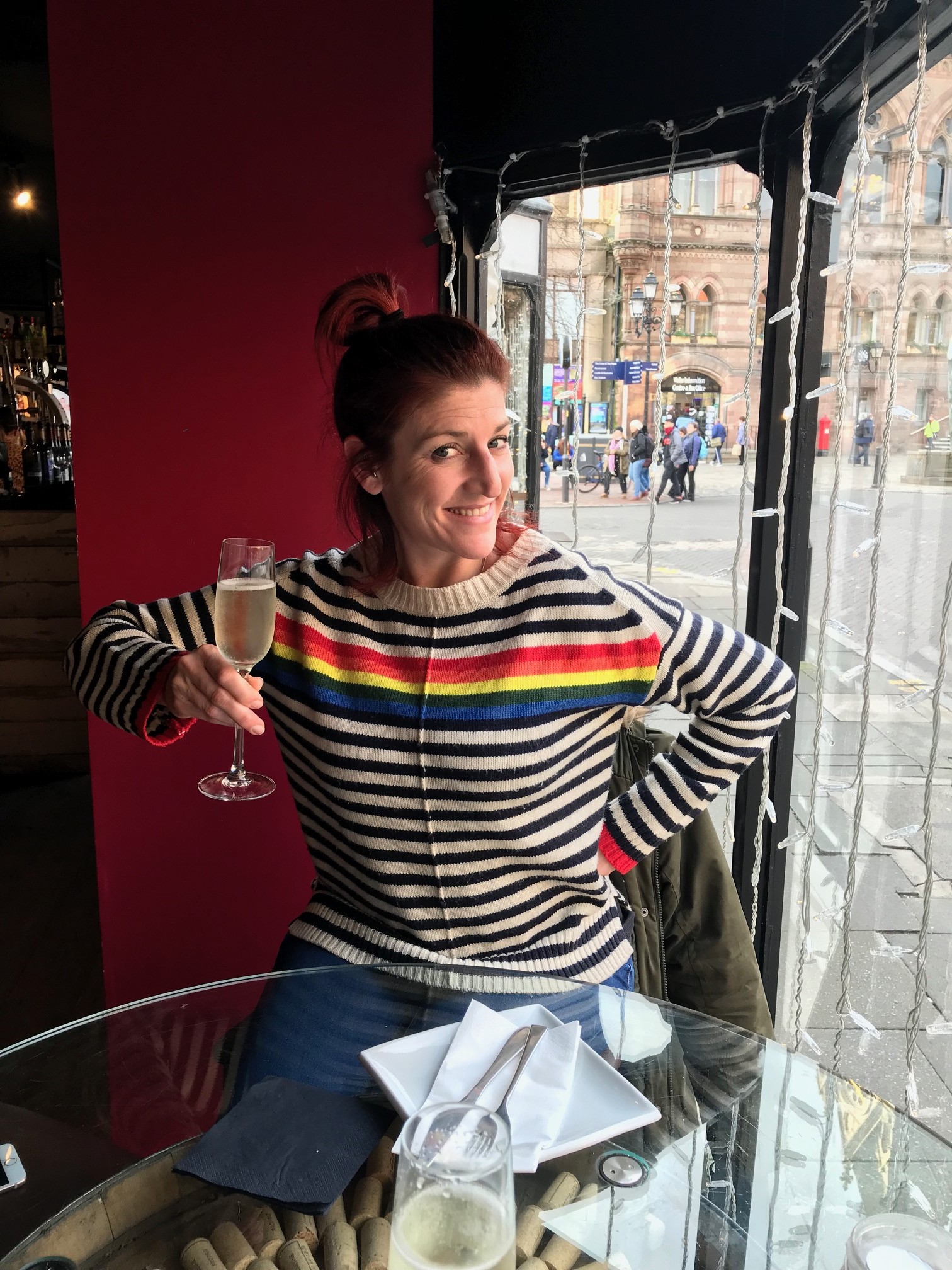 When we went in, Jo was waiting with a friendly smile and two chilled glasses of prosecco (no, we have not had enough prosecco over Christmas.  It is a well-known fact that you can never have too much prosecco) and led us a to a table by a window that looks out on Chester Cathedral. If you’ve not been to Veeno before, it’s in a great spot as it’s right by Town Hall Square so you can sit and watch the world go by. 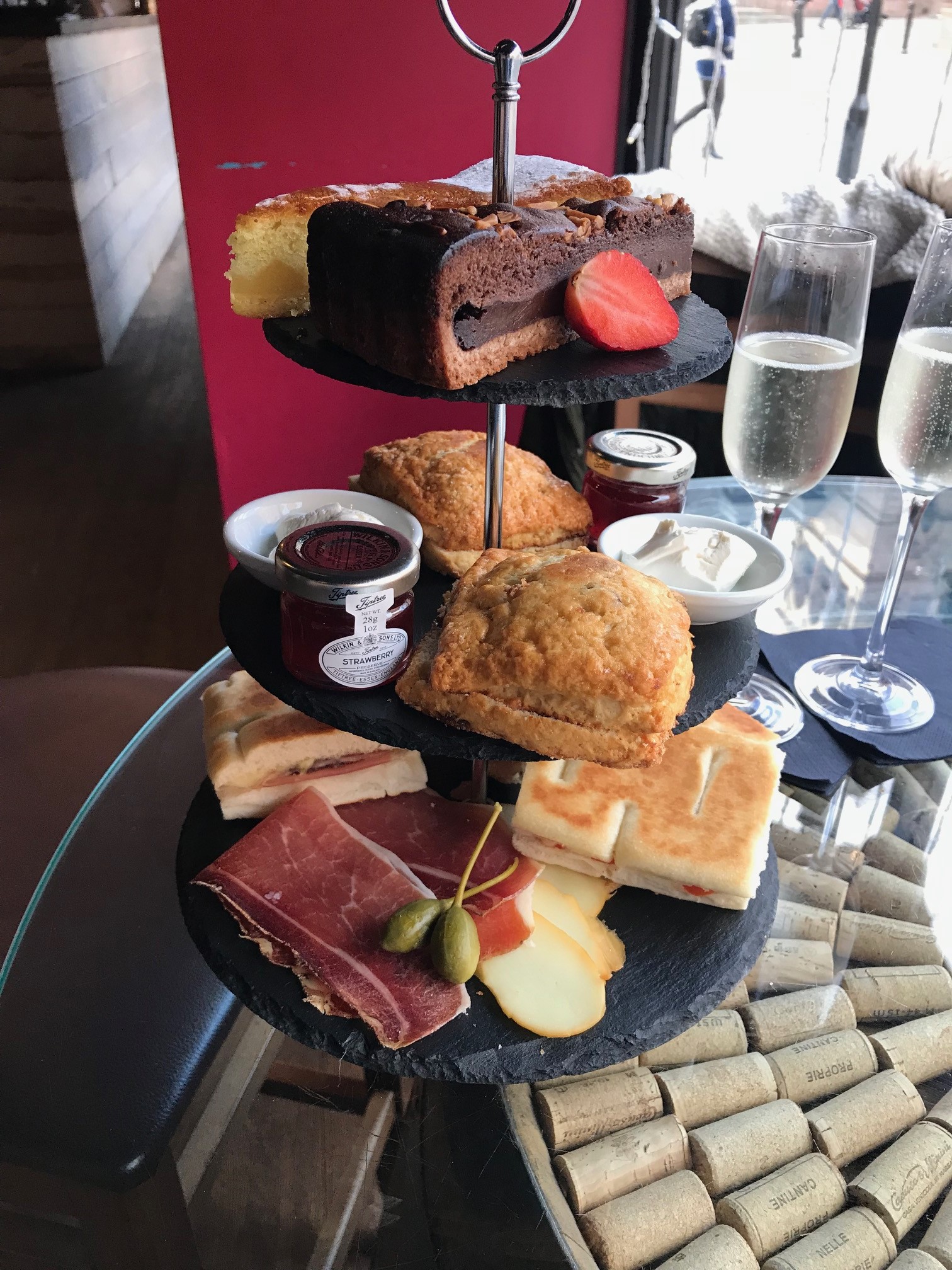 For anyone who has concerns about the sandwich to cake ratio on an afternoon tea, don’t you worry – this comes with a really hearty selection of Itailian focaccia, meats and cheese. Emily said: ‘My husband would LOVE this!’ when she saw it. It’s an Afternoon Tea that works for both sweet and savory palates.

The scones are also warm and served with delicious strawberry jam and mascarpone instead of cream. I’ll be honest, I’m a tradition scone consumer and I wasn’t sure if I could stray from the traditional clotted cream but, actually, the mascarpone worked really well and it’s a tasty change.

And then, THE CAKES! Oh. My. Days. These cakes are good. Jo told us that they are also imported from Italy. The cakes on the stand were the ‘Torta Capriccio’, which is chocolate cake with hazelnuts on the top, and ‘Crostata Limone’, which is a lemon baked pie. It’s a tough decision but, although both cakes are great, we think the lemon pie takes the top spot in the cake stakes – it is so light and airy but with a real zest of lemon.

Finally, if you can fit anything else in,  you are served a coffee or tea of you choice to finish off.

It was a lovely afternoon with great food, great company in a chilled-out, relaxed atmosphere – the perfect post-Christmas pick-me-up. 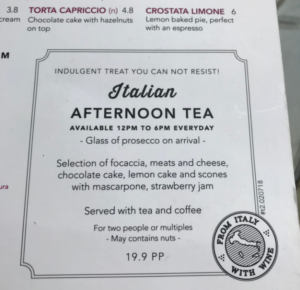