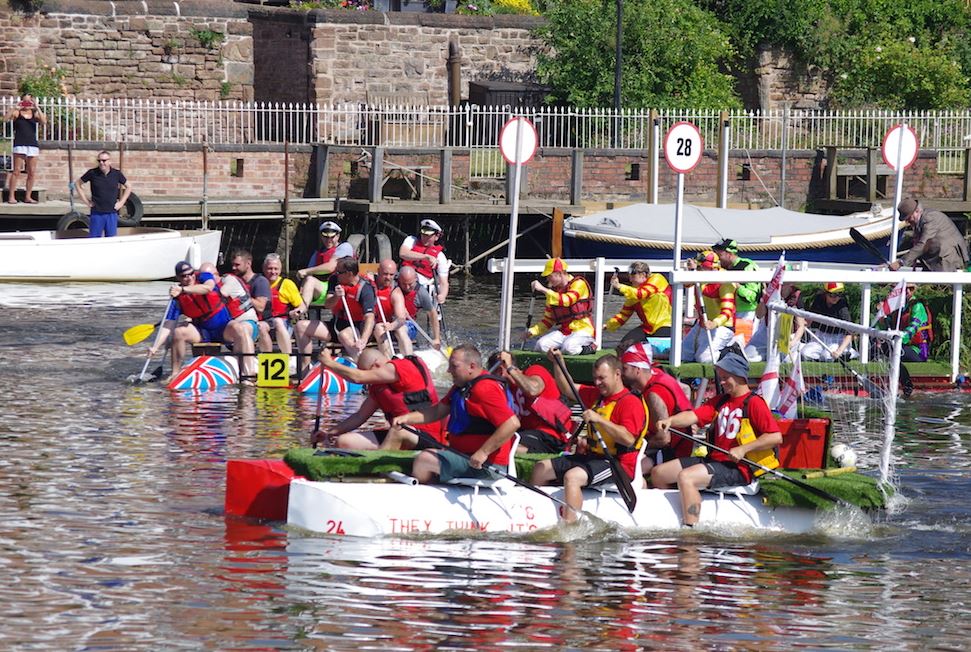 Great Fun for Spectators and Competitors Alike.  The 2019 Chester Rotary Charity Raft Race will be held on Sunday 30th June; from 10.15am.

The Chester Raft Race is an annual charity event taking place every year in the Groves on the River Dee and organised by the Rotary Club of Chester. The rafts race against the clock over an approximate 400 metre course starting just upriver of the Royal Chester Rowing Club, passing under the pedestrian Suspension Bridge to a finish on the north bank of the river by Recorder’s Steps to the Walls and just above the weir. Although the race is over at this point, the rafts then have to retrace their route back to the launch area on the Meadows.

Last year the event also featured UK Fly-board Champion Jay St John with a spectacular display of fly-boarding right out of 007. He is scheduled to take part again with his exciting display around 10.15 before the rafts start their race at 10.30am.