With the city walls, amphitheatre and racecourse, our beautiful city of Chester is special in many ways and now we have another feather in our cap with the opening of the Rainbow Tea Rooms by Chester Pride: it’s the first of its kind in the north west and one of only a handful in the UK.

The tea rooms and community space that offers a safe space for everyone, regardless of gender, race and sexual orientation,  focuses on the LGBTQ+ community, offering them an extra safe space to eat, drink and meet up.

Rainbow Tea Rooms by Chester Pride is a project that was three years in the making and was a dream come true for the man behind it, Warren Allmark, the chair of Chester Pride.  The tea rooms generates income for the charity that celebrates diversity and inclusion and enables Pride to run charitable projects. 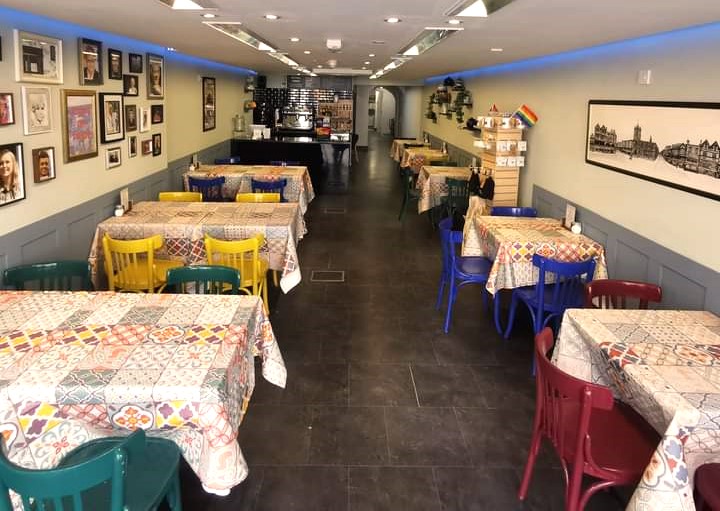 Money for the venue was initially crowdsourced then bumped up by funding from the likes of M&S Bank and HSBC.

It opened on Bridge Street at the end of May this year and its popularity is steadily growing as more and more people become aware of what it can offer.

Manager Scott Gibbons-McGill (pictured, top) used to run the Mad Hatters Tearoom on Bridge Street Row before Covid and the restrictions that followed forced it to close. He’s now more than happy to put his skills to good use running the Rainbow alongside the six others who make up the staff.

In its first full month of operation the tea rooms have been really well received, says Scott.

“The LGBTQ community are really excited that they’ve got somewhere that they can come – a safe space for them to meet up and something different to the normal,” he adds. 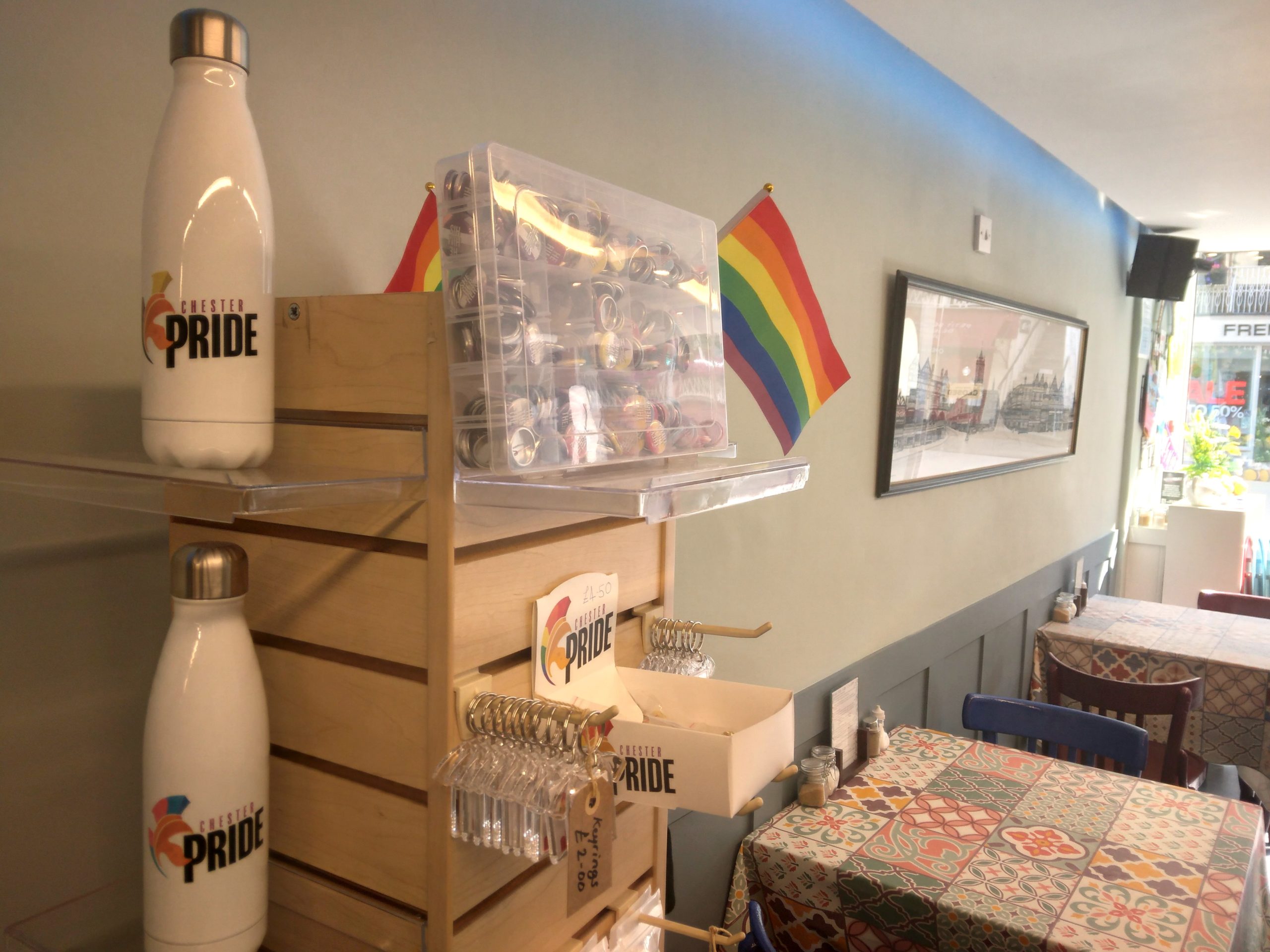 As well as operating as a tea room in the front half of the business, there’s space at the back for use by the community. A local Police Community Support Officer will soon be using it to host a new safe space surgery and it’s used as a  venue for group meetings for Rainbow Families, trans groups and more.

“They know they can be extra safe here and they know they can come here and speak to someone as well, if they have any issues, because that’s what we’re about,” says Scott. As well as giving great customer service in the cafe, staff are trained in mental health first aid, safeguarding and hate crime awareness. There are plans for more fun events, too.

“We’re going to be holding a monthly quiz night on all different themes,” Scott adds. “It’s open to everyone and will be promoted on the Chester Pride website and via our Facebook pages.” 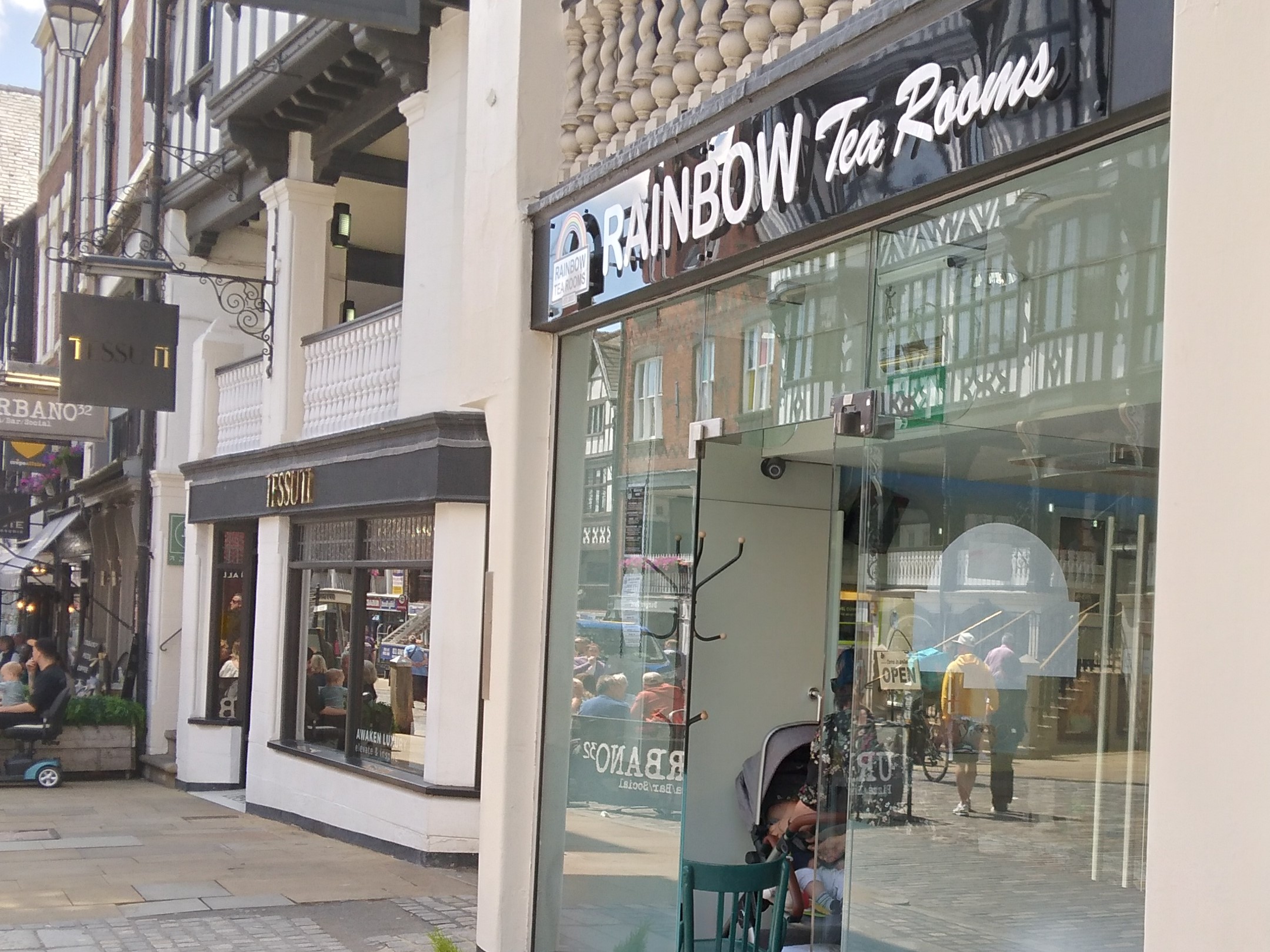 Of course running a tea room also means there’s food and drink on offer, too. They sell the usual tea and coffees alongside sandwiches, toasties, soup, fresh salads and a substantial ploughman’s lunch board. Their bacon and sausage barms are bestsellers and if you choose the vegan, vegetarian, lactose or gluten-free options, then they won’t charge you extra just because you’re different.

As many products as possible are supplied by local businesses: the cakes, brownies and cinnamon swirls are from the nearby Cake Chester, while the meat, cheese and pickles come from Arden’s in Chester Market.

Historical attraction Sick to Death at St Michael’s Church, just across from the tea rooms, has donated 100 cups of coffee to kickstart a scheme that allows customers to buy suspended food or coffees for anyone in need. And if you need any other excuse to enjoy what the tea rooms has to offer they also have loyalty cards which get stamped each time you buy a hot drink: buy seven and you’ll get the eighth free. 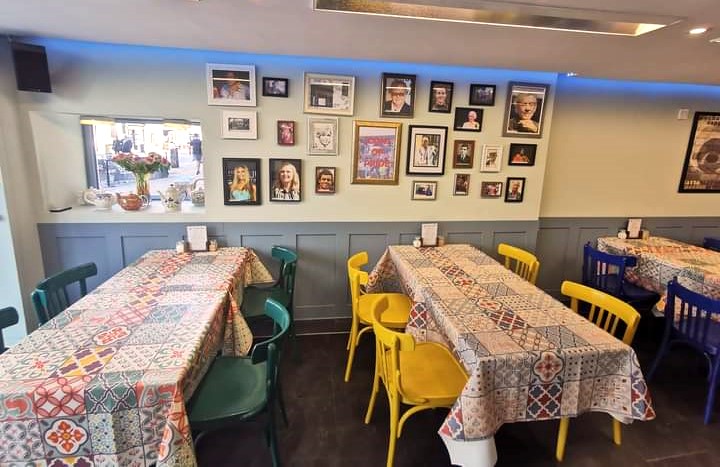 Inside, the tea rooms are welcoming and cheerful.

“It’s such a nice vibe in here,” says Scott.  “We’ve had customers come in and tell us they love the chilled vibe. It’s such a bright, airy space – it’s lovely.”

They have a wall of icons featuring a number of LGBTQ+ icons that include Alan Turing, Dusty Springfield and Nicola Adams and there are Pride items for sale.

Outside, you’ll spot rainbow coloured planters around the tables and chairs set out for alfresco dining alongside bowls of water and doggy treats for customers’ four-legged friends that are welcome both inside and out.

Staff are looking forward to celebrating 10 years of Chester Pride at a two-day event in August, where headline acts include Alexandra Burke and The Overtones.

“We’re running the cafe that morning so we’ll encourage people to come here first,” says Scott. “We’re going to be selling the tokens for the bars from next week and they’ll be available on the day to buy. Hopefully we’ll have some sort of merchandise, too…  and then we can close the doors and join the end of the parade!”